After a few months tucked away under its cover in the insulated & humidified garage the improving weather meant that it was time to get the car ready to go out again.

There was no oil change performed during the first service which surprised me. Call me old fashioned, but surely a new engine must “wear in” most during the initial few thousand miles, so changing the oil makes sense.

I ordered 5L of the same oil online (Comma XTech 5W-30) and went to the local Ford dealer to get an oil filer. I had taken photos of the old filter and noted all the numbers. As I reached for my phone at the parts counter the guy said “i won’t be able to help from a photo…” but when he realised I had specifically taken the part code he acknowledged he could help.

The new filter cost just over £7, so the whole job should be done for about £25. Of course with me a trip to MachineMart is never far away and I also invested in a filter removal tool and a oil catch pan. 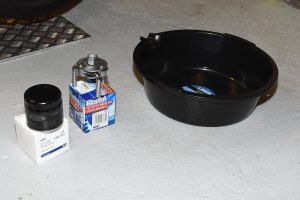 The process was very straightforward; 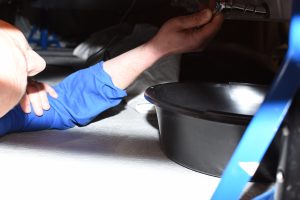 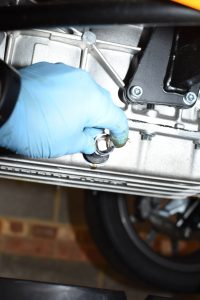 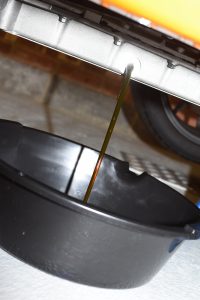 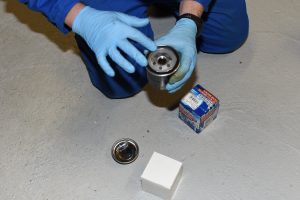 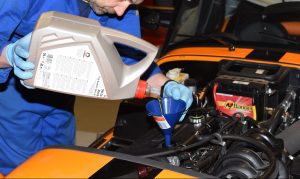 I was initially a bit worried that I had over-filled the engine as the oil was well over the max mark on the dipstick. However having taken the car out for it’s first “shakedown” blat of the season it was exactly on max when I returned. As the oil filter had not been full of oil as it mounts sideways the extra must have gone in there.